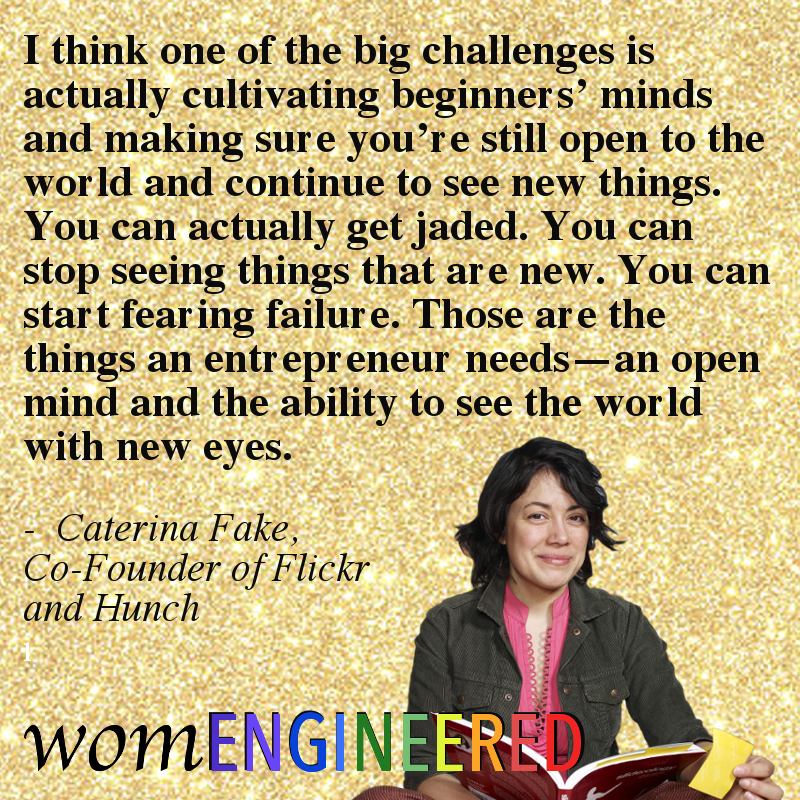 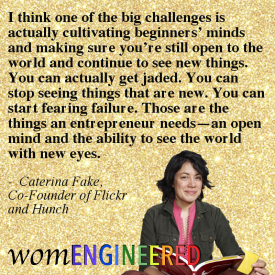 Caterina Fake is the co-founder of Flickr and Hunch. Although Caterina has established herself in tech, she graduated from Vassar College with a degree in English! After working with web development agencies and creating online communities, personal publishing, and social software, Caterina established Ludicorp with Stewart Butterfield and Jason Classon in 2002. At Ludicorp, the team developed Flickr, which was bought by Yahoo in 2005. Caterina joined Yahoo, leading the Technology Development Group. Many of Caterina’s ventures have been bought by large companies, and she now serves as the Chairman of Etsy’s board.