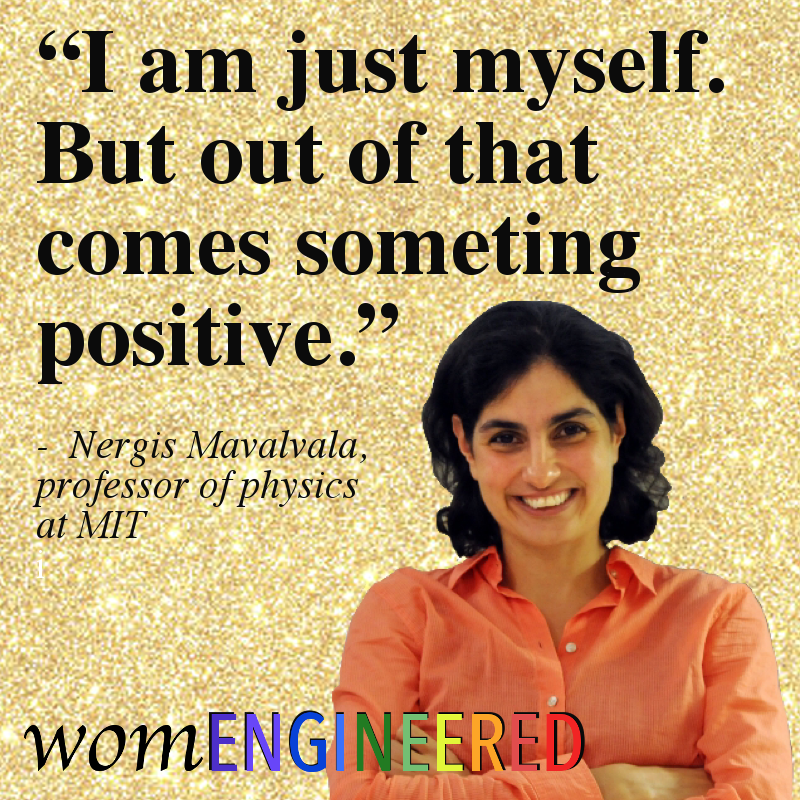 June is Pride month, and an opportunity to highlight the LGBTQ+ members of the STEM community.
🏳️‍🌈

Nergis Mavalvala is a professor of Astrophysics at MIT and a 2010 recipient of a MacArthur “genius” award. Nergis is a member of the scientific team that first detected gravitational waves. Nergis received a B.A. from Wellesley College before earning her Ph.D. at MIT and working as a postdoctoral fellow and research scientist at the California Institute of Technology. She has been on the Physics faculty at MIT since 2002, and was appointed the Associate Department Head of Physics in 2015 and elected to the National Academy of Sciences in 2017.

Nergis is an immigrant from Pakistan, coming to the United States as a teenager to attend Wellesley. She describes herself as an “out, queer person of color” and embraces being a role model, serving as inspiration for people often underrepresented in STEM.