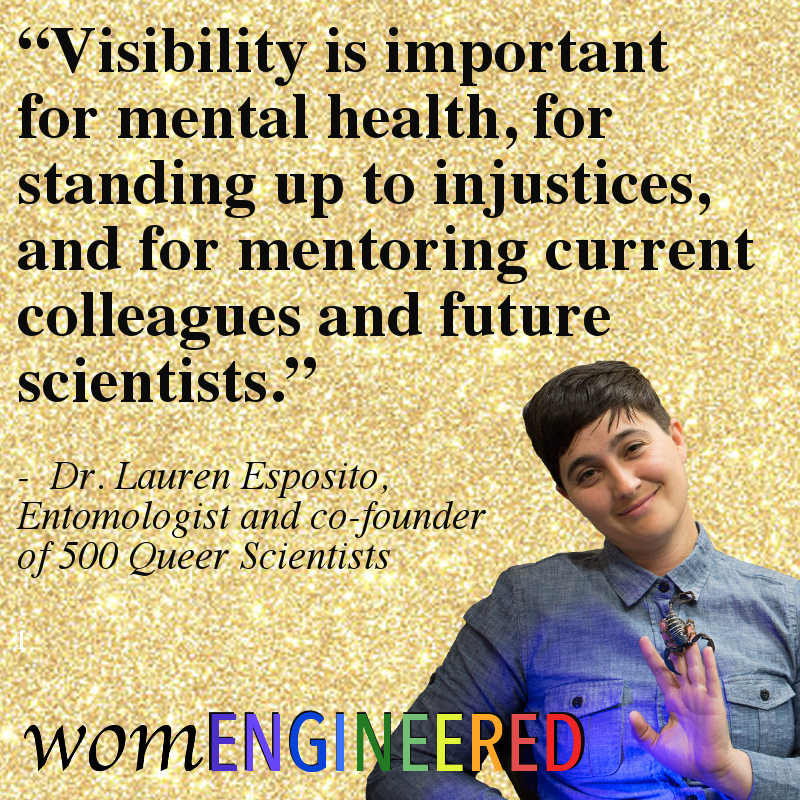 Dr. Lauren Esposito is the Assistant Curator and Schlinger Chair of Arachnology at the California Academy of sciences. Lauren co-founded Island & Seas, a non-profit that supports scientist research and education at its field station in Baja California Sur, Mexico. Lauren is also the co-founder of 500 Queer Scientists, a network of LGBTQ+ scientists world wide. She created 500 Queer Scientists after a survey of American STEM workers identified that over 40% of LGBTQ+ scientists were not “out” to their colleagues and she received the Walt Westman Award by the NOGLSTP in recognition for her work.