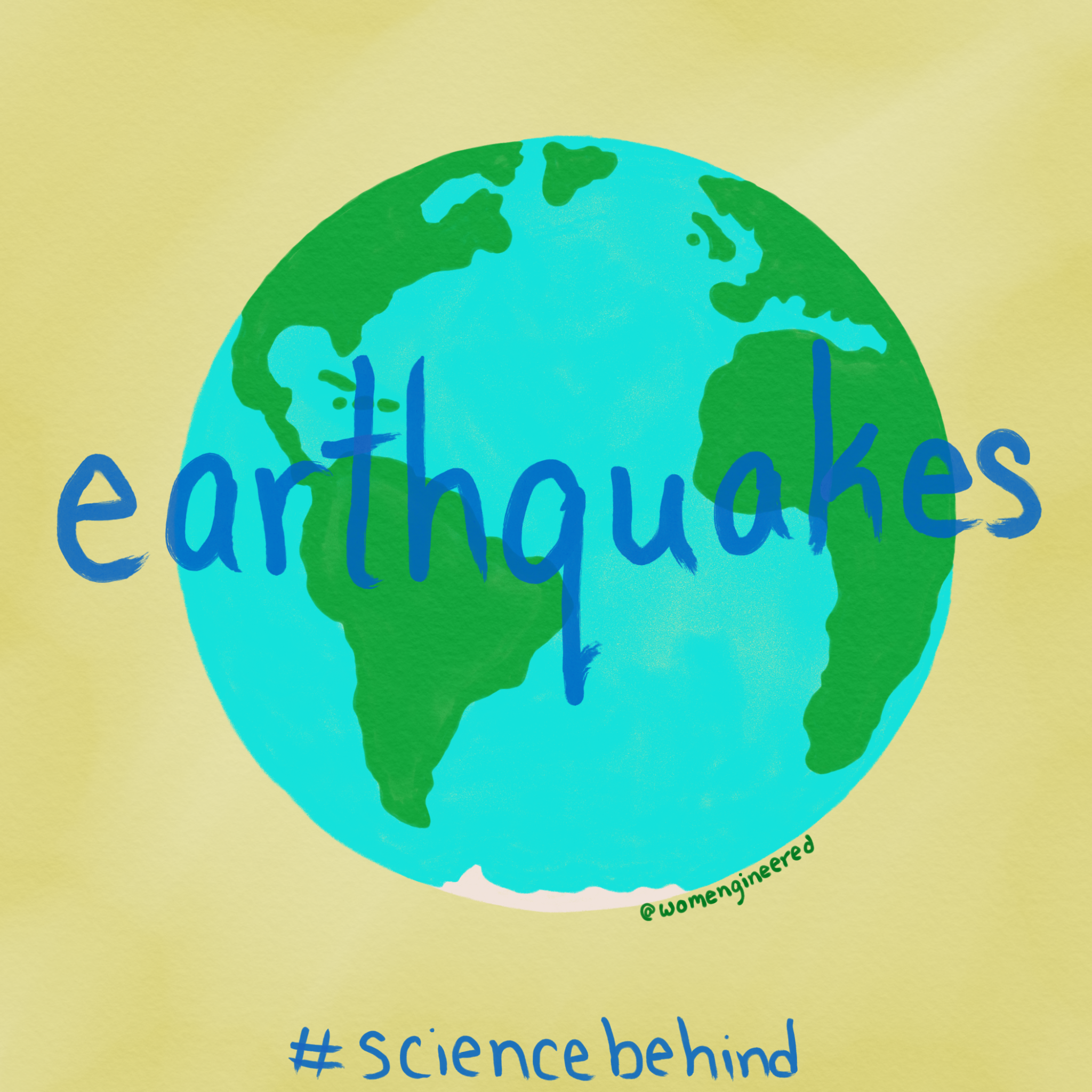 An earthquake is what happens when two tectonic plates slip past one another. Tectonic plates are pieces of the earth’s crust and the uppermost mantle (called the lithosphere), which move slowly over time. Fault lines are the edges of these tectonic plates. Sometimes, when the plates are moving, pressure starts to build up when tectonic plates get stuck. This can cause earthquakes, which are the sudden release of the stored energy from the plates being stuck together.

The study of earthquakes and related phenomena is called Seismology. Earthquakes are recorded on seismometers, which measure the seismographs. The energy released from an earthquake travels through the earth in seismic waves. The size of an earthquake is measured by its magnitude, based on the Richter scale.