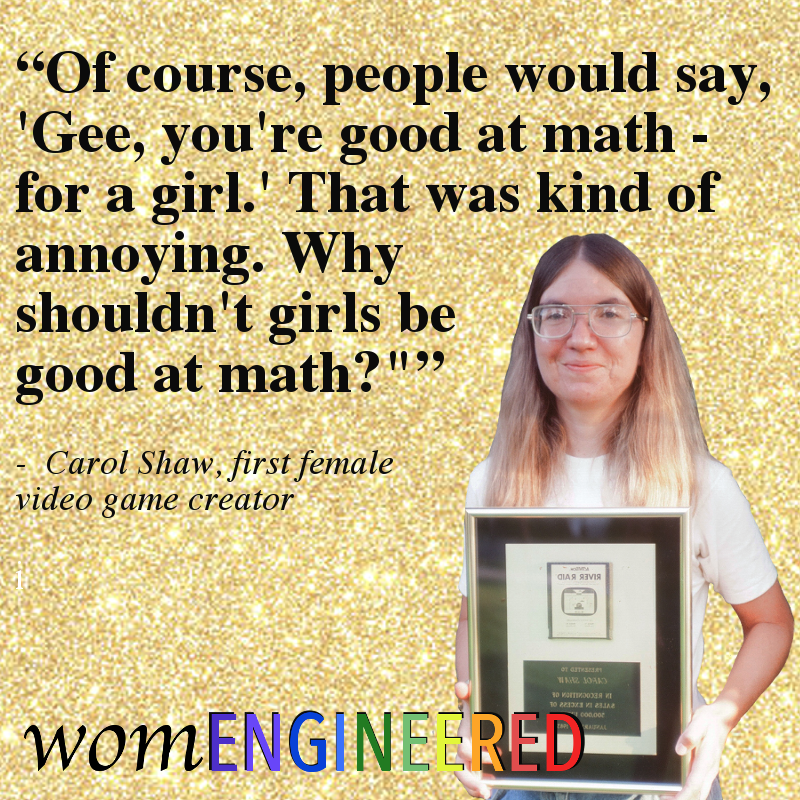 Carol Shaw is the first female video game designer and creator, best known for her best-selling game ‘River Raid’ (1982), which was published by Activision for play on the Atari 2600 home console. Carol earned her bachelor’s degree in Electrical Engineering and Computer Science from the University of California – Berkeley, where she stayed to earn her master’s degree in Computer Science and was then hired as a microprocessor software engineer for Atari, Inc.