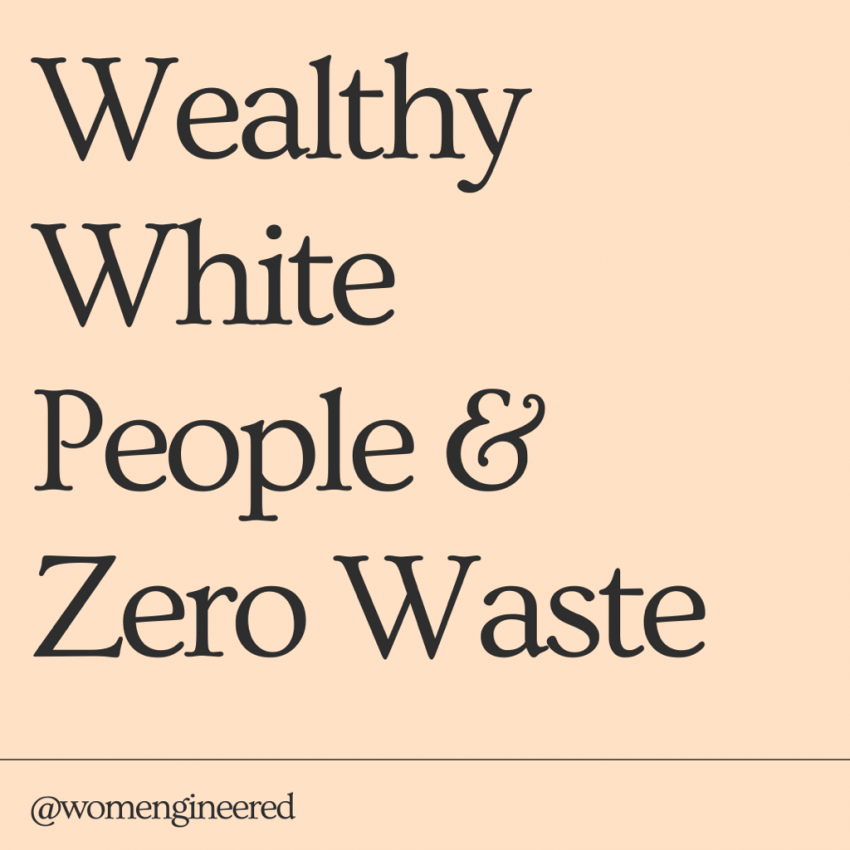 Images of the Zero Waste movement tend to focus on plastics in the ocean poisoning and killing marine life. In reality, plastics have a more dangerous impact on low-income, people of color before they even become waste.

Environmental racism refers to environmental policies, practices, or directives that affect or disadvantage individuals, groups, or communities based on race.

For more than 30 years, people have known the area along the lower Mississippi River in Louisiana as “Cancer Alley” because of the toxic pollution produced by chemical plants. In 2015, the EPA confirmed a higher risk of cancer due to air toxicity in this region, where it is 50 times the national average.

Cancer Alley began with petrochemical companies. In 1957, DuPont bought a former plantation to construct a new chemicals plant on the same land once worked by over 150 enslaved Black Americans. By the 1990s, the region, where two-thirds of the population is Black, became the site of many chemical plants responsible for significant pollution.

The irony of Zero Waste lies in putting pressure on low-income people of color to protect the environment from plastics while they are being directly harmed by plastic production.

There are many barriers to going Zero Waste that aren’t included in the current sustainability dialogue.

A staple of the Zero Waste movement is advocating against the use of plastic water bottles. Unfortunately, for many in areas with toxic water, that’s not an option.

Flint, MI still does not have clean water. However, Nestle made more than $343 million in sales of bottled water that was sourced in Michigan.

A food desert is an area where healthy, fresh food is difficult to obtain.

With these plastic bag bans, legislators hope that consumers will rely on reusable shopping bags rather than paying the additional $0.05. The problem is that buying reusable bags also requires money. Although some stores may sell reusable bags for lower costs (think the $0.99 Trader Joe bags with their fun patterns behind the checkout counter), that’s still an additional cost on top of groceries. When living on a budget, these costs stack up. All it takes is forgetting those bags one time and shoppers risk disrupting a habit or shelling out additional money to buy more than they need (since that other bag is waiting at home).

A common method of reducing plastic use is buying in bulk to decrease the number of smaller, single-serving items that use more packaging. However, for people living on a budget, it isn’t possible to buy more than what they absolutely need — meaning $10 every week for one item is more affordable than $30 for a bulk buy that lasts the whole month.

Environmental justice is the fair treatment and meaningful involvement of all people regardless of race, color, national origin, or income, with respect to the development, implementation, and enforcement of environmental laws, regulations, and policies.

The Zero Waste movement cannot lose focus of the very real impacts that pollution has on low-income, people of color who need help now.

Tristan Baurick, Lylla Younes, Joan Meiners. “Welcome to “Cancer Alley,” Where Toxic Air Is About to Get Worse,” ProPublica, 30 Oct. 2019.