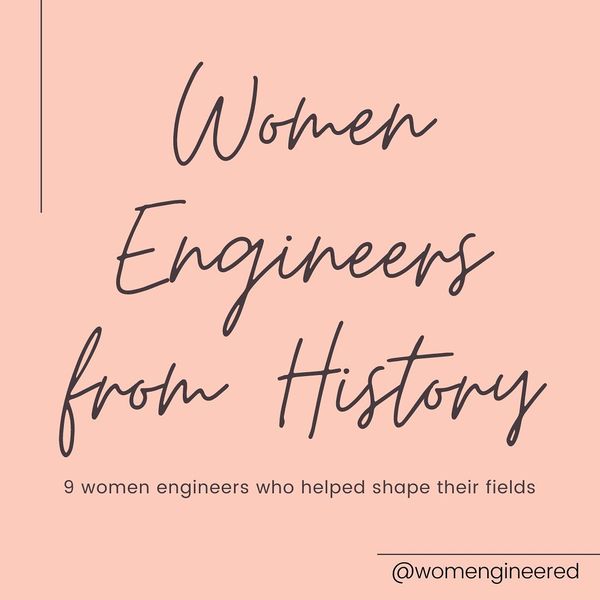 How many of these engineers did you know about?

Growing up, I didn’t know a single scientist or engineer. I didn’t even know that there were careers outside of doctor, lawyer, or teacher because those were the only people I had ever met who went to college. I was so shocked to find out what an engineer was and I could believe that people would actually PAY me to do math an science all day! As a woman in engineering, it’s still pretty common to be the only woman in the room but it’s empowering to help make space for more women. I always say that it isn’t enough to have a seat at the table if you’re still keeping other women out of the room. Not only did these women help shape their fields, but they also paved the way for other women to follow in their footsteps!

Who was a mentor that helped you as a woman in STEM?