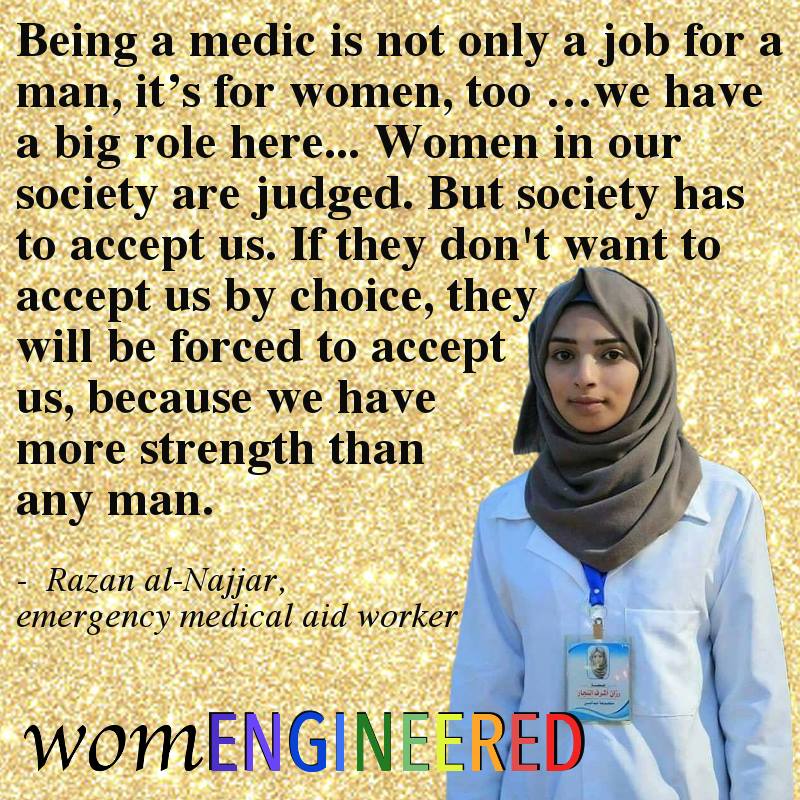 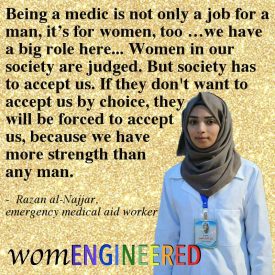 Razan al-Najjar was an emergency medical aid worker volunteering at weekly protests along the fence dividing the Gaza Strip from Israel to care for wounded protesters. Razan had been attending each protest since the beginning, offering her help to care for those wounded and to help her people. After training for two years as a paramedic, Razan became a volunteer of the NGO Palestinian Medical Relief Society.

🔬
Razan knew that people often asked her father why she spent her time volunteering as a medic, but she knew her family was proud of her efforts. Although many had criticized the ability of women to work as medics at protest camps, Razan was driven to help her people and show that it was possible. Razan’s role as a volunteer emergency medic helped prove that women had an important position to play in the conservative Palestinian society of Gaza.

🔬
Razan was shot while evacuating wounded protesters near Israel’s perimeter fence with Gaza on June 1. Although Razan wore clothing clearly indicating she was a health worker and protected from being targeted while assisting the wounded, she died shortly after. Amongst the danger and criticism of society, Razan refused to be inactive when she could offer aid to people in need.