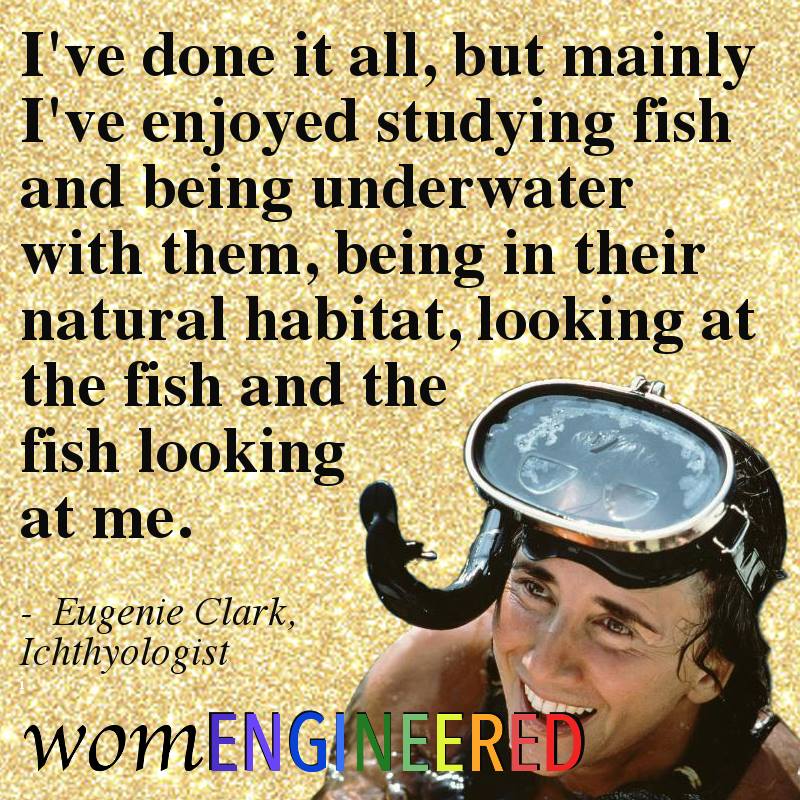 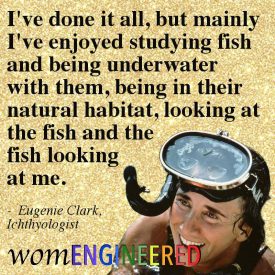 Dr. Eugenie Clark was an American ichthyologist, known for her pioneering scientific work contributing to the knowledge of shark and other fish. Eugenie worked tirelessly to improve the publics’ perception of sharks. At the same time, Eugenie was also challenging the stereotypes of women in science by proving how much women were capable of contributing. Eugenie is often referred to as “the Shark Lady.”

🌊
Eugenie learned how to swim before she was even 2 years old, and her childhood visits to the New York Aquarium incited her love of the ocean, along with her Japanese heritage and the importance of the sea in Japanese culture.

🌊
Eugenie graduated from Hunter College, studying ichthyology (the branch of biology devoted to the study of fish), while working to pay for college. After her graduate research in the south Pacific, Eugenie started working with the Scripps Institution of Oceanography, where she learned how to scuba dive.

🌊
Eugenie worked with the Wildlife Conservation Society, the American Museum of Natural History, and Woods Hole Oceanographic Institution (WHOI) before founding the Mote Marine Laboratory & Aquarium with a focus on shark research that has since expanded to include wild fisheries, coral reef restoration, marine mammals, and marine biomedical research. Eugenie lectured around the world to promote better understanding of sharks and the marine environment. Eugenie also wrote often for National Geographic.