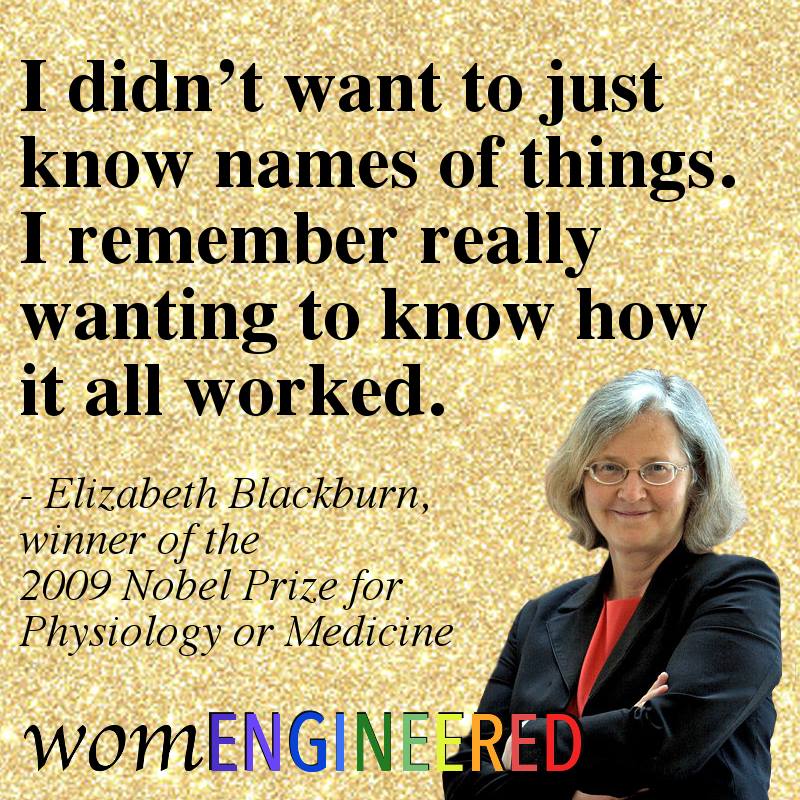 Dr. Elizabeth Blackburn currently serves as the first female president of the Salk Institute. As one of only 12 women to have won a Nobel Prize in Physiology or Medicine, Elizabeth has advocated for women in science with her many recognitions for her scientific research as well as her work in guiding public science policy.

🔬
With both parents being physicians, Elizabeth’s interest in biological sciences was encouraged from an early age and she went on to earn a bachelor’s and master’s in biology from the University of Melbourne before pursuing her Ph.D. at Cambridge. Elizabeth later studied molecular and cellular biology at Yale Universityfor post-doctoral studies.