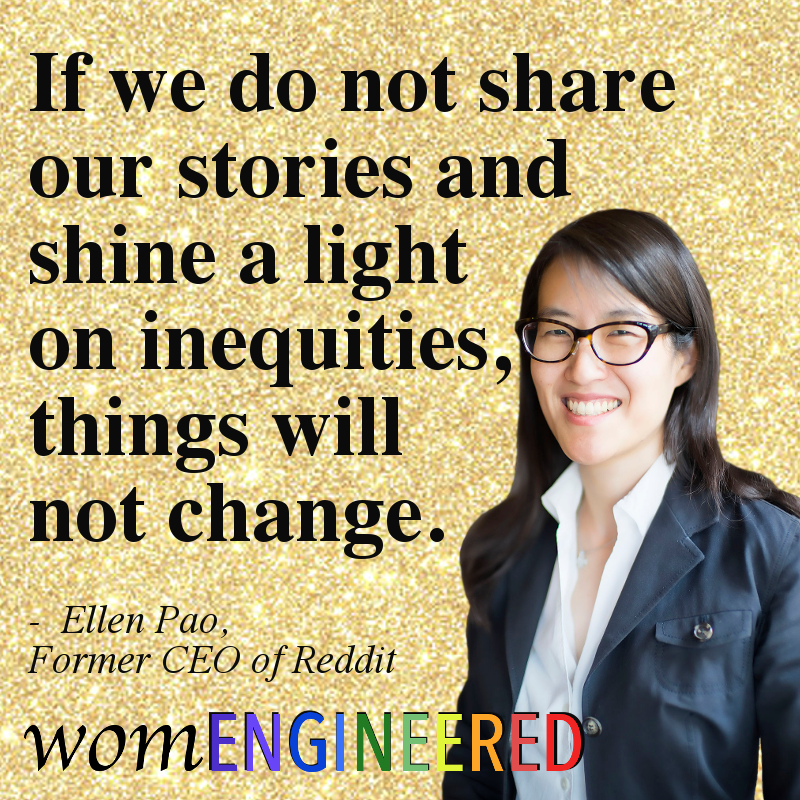 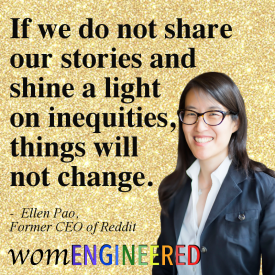 Ellen Pao is the co-founder of the diversity consulting non-profit organization Project Include, and former interim CEO of Reddit and investment partner at Kleiner Perkins Caufield & Byers. In 2012, Ellen filed a gender discrimination suit against Kleiner Perkins and has been vocal at criticizing the hiring and promotion practices of Silicon Valley. During her time at Reddit in 2015, Ellen received backlash for her decisions which sparked debate about the treatment of women in technology.

💻
As a first-generation child of Chinese immigrants, Ellen’s parents had high hopes for their daughters and her mother taught her how to code when she was just 10 years old. Ellen and her two sisters all graduated from Princeton University, and Ellen received her bachelor’s degree in Electrical Engineering in 1991 before heading to Harvard Law Schooland then Harvard Business School.

💻
While at Kleiner Perkins, Ellen was passed over for a senior partner position even after John Doerr, a senior partner, recognized the gender gap and personally mentored Ellen but instead sided with other senior partners who evaluated her negatively for the same profile as her male colleagues.

💻
After leaving Reddit, Ellen founding Project Include with other women in the tech industry. Ellen’s book Reset: My Fight for Inclusion and Lasting Change, was shortlisted for the 2017 Financial Times and McKinsey Business Book of the Year Award.