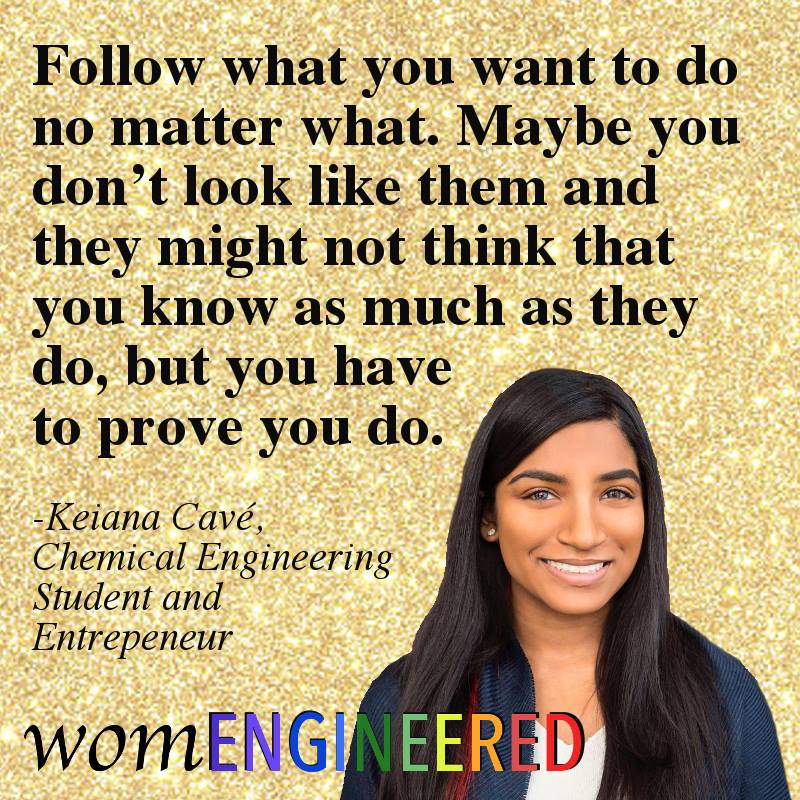 Keiana Cavé is only 19 but has already had her work published in two scientific research papers and two patents.

🔬
Keiana is currently studying Chemical Engineering at the University of Michigan but, before heading to college, she had already developed a toxin-detecting molecule that could help improve the way that oil spills are handled. After conducting independent research on the BP oil spill, Keiana was interested in showing how bad the damage to the ocean’s surface oil spills could be.

🔬
After being named one of Forbes Under 30 Class of 2017 in the energy category, Keiana is working to create a new dispersant that can neutralize cancer-causing chemicals she’s studied. Chevron has even helped fund her work.

🔬
Keiana hopes that her work will help encourage more women of color to pursue careers in STEM and hopes to be able to advocate for others throughout her career.