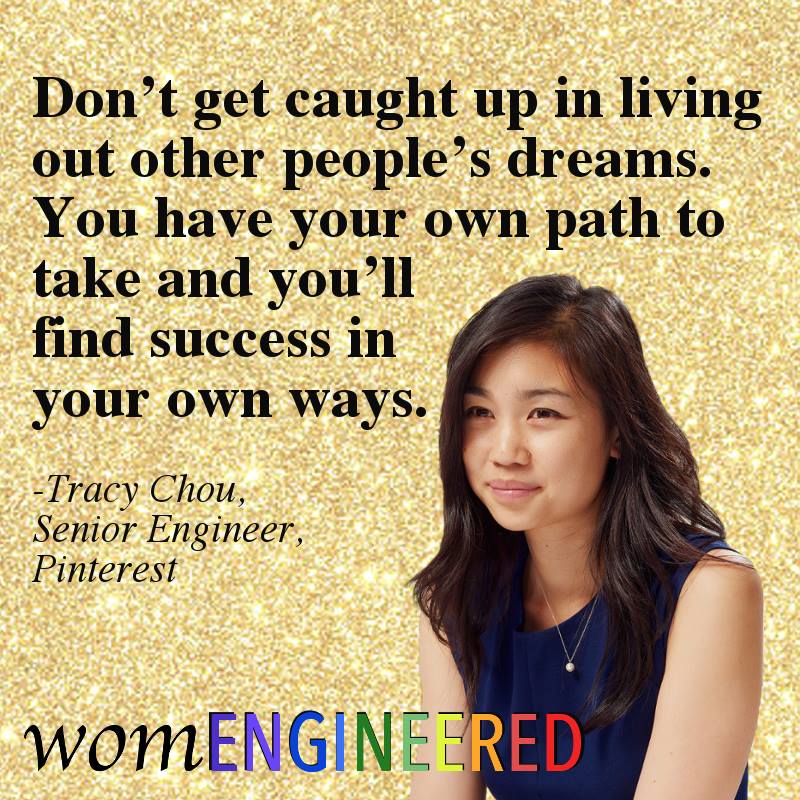 Tracy Chou is a senior engineer at Pinterest and has been with the company since 2011 when it was still a startup just coming into its own! Tracy has also interned at Facebook and Google, as well as working as the second engineer at Quora.

💻
Tracy launched a project, “Where are the numbers?”, to hold tech giants accountable for their diversity statistics. Tracy is passionate about change the gender balance in tech, even appearing in the documentary “CODE: Debugging the Gender Gap” and serving as a mentor forCode2040.