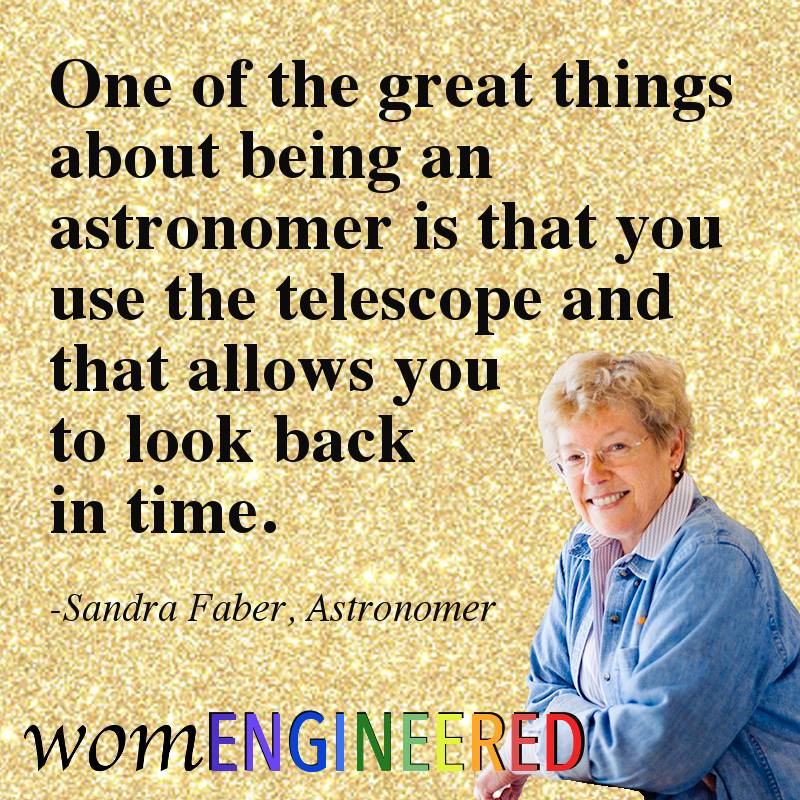 Sandra Faber has helped better understand the brightness of galaxies related to the speed of the stars within them, co-discovered the Faber-Jackson relation, and helped design the Keck telescopes in Hawaii. Sandra is recognized by Discover Magazine as one of the 50 Most Important Women in Science, along with receiving the National Medal of Science in 2013 from President Barack Obama.

✨
Sandra Faber earned her B.A. in Physics from Swarthmore College in 1966. For her application, she wrote about wanting to investigate “where the universe came from,” and she would later go on to help shape the field of cosmology.