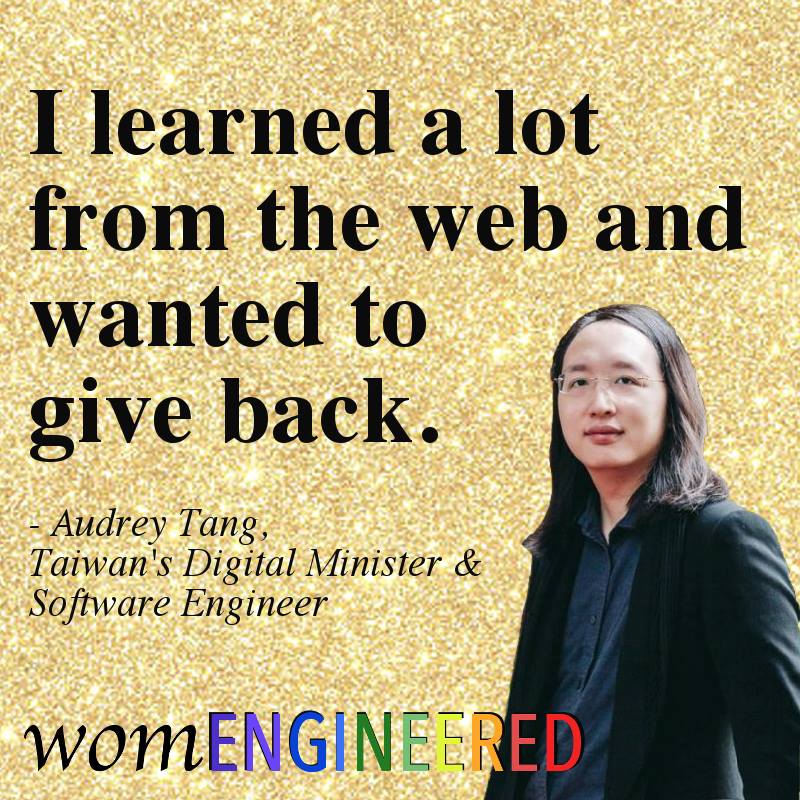 Audrey Tang is a transgender software developer and self-described “civic hacker” who was appointed to Digital Minister by the Taiwanese government in 2016. Audrey is the youngest and first transgender official in Taiwan’s executive government.

💻
As Digital Minister, Audrey works to make the government more transparent and making data available to all. Although Audrey left school at only 12, she developed a search engine for Mandarin lyrics at 15 and went on to develop several start ups.