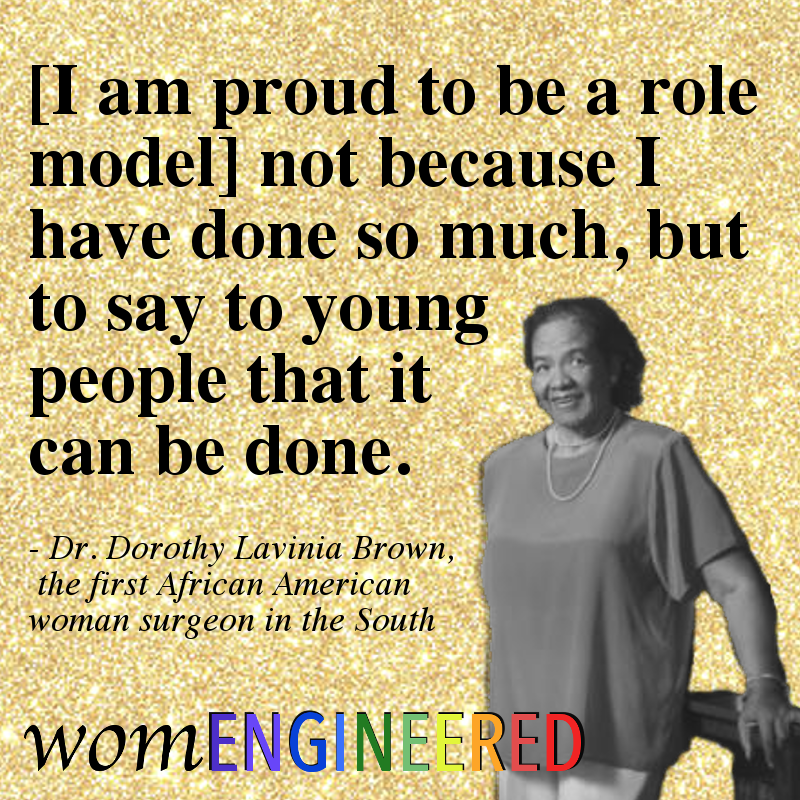 Dorothy grew up in a predominantly white orphanage until she was 13, when her mother reclaimed her. As a teenager, Dorothy ran away often until finally running away at 15 so she could enroll in Troy High School. Her principal noticed she didn’t have anywhere to stay and set Dorothy up in a foster home, where she found support from her foster parents that encouraged her determination for an education. Dorothy graduated at the top of her class and was awarded a scholarship to Bennett College, where she earned her B.A. before going on to become an inspector in the Rochester Army Ordinance Department during the war.

Ever since she had had her tonsils removed when she was young, Dorothy knew she wanted to be a physician and she enrolled at Meharry Medical College. She interned at Harlem Hospital, but found that there were no other black women in general surgery in the South when she was looking into residency. Although advised not to accept her into his program become women weren’t able to make it through the rigors of surgery, Dr. Matthew Walker stood up and accepted Dorothy for a residency at Meharry and George W. Hubbard Hospital, until she eventually became Assistant Professor of Surgery. Dorothy was the first African American woman to become a Fellow of the American College of Surgeons.

Dorothy adopted the newborn daughter of a young, unmarried patient and became the first single adoptive mother in Tennessee. She went on to become the first black woman representative in Tennessee’s state legislature but later resigned after an abortion rights bill she sponsored was defeated.

Dorothy received the humanitarian award from the Carnegie Foundation and the Horatio Alger Award, and continues to be a role model to young women facing great obstacles as they pursue their education and rights.