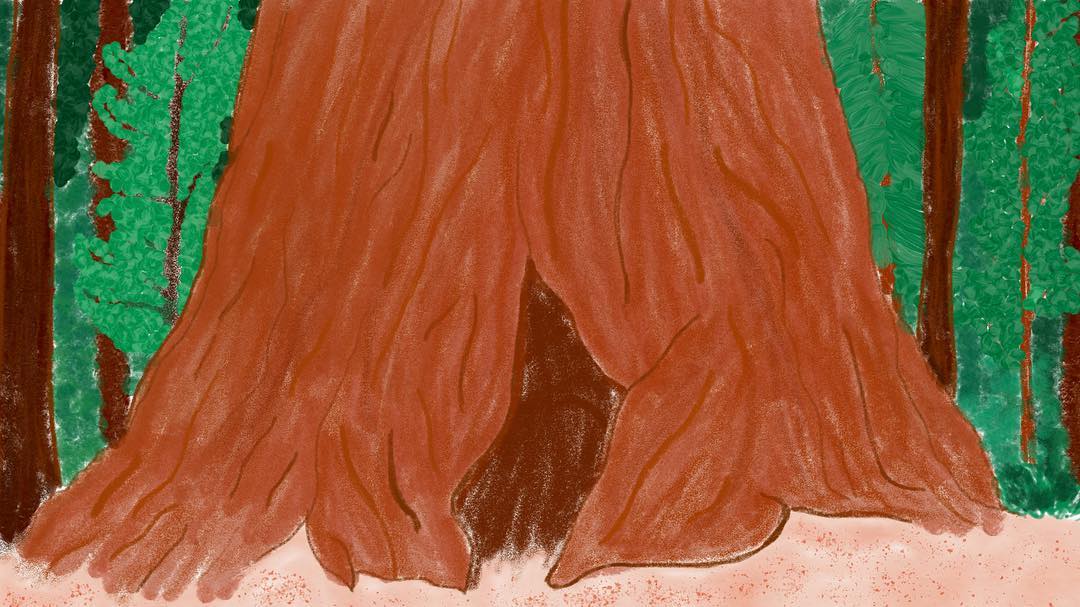 🌏🌎🌍
Redwoods have been on Earth longer than humans have – roughly 240 million years! Redwood trees can grow up to 300 feet, making them the tallest trees on the planet. They also capture more carbon dioxide (CO2) than any other tree on earth! When a redwood tree is cut down it harms our climate because the tree is no longer able to capture CO2 but also all of the CO2 that it’s held is then released back into the atmosphere. Deforestation is responsible for a quarter of global CO2 emissions! The reason redwoods are able to survive so long is because of their natural resistance to insects, Fire, and rot. There was even a time when San Francisco’s building codes required new buildings to use redwood lumber! The bark contains tannin, which protects the redwood from insects, fungus, fire, and disease. There’s no known insect that can destroy a redwood! Although the bark doesn’t have flammable resin like pine trees and stores plenty of water, they still need our protection!