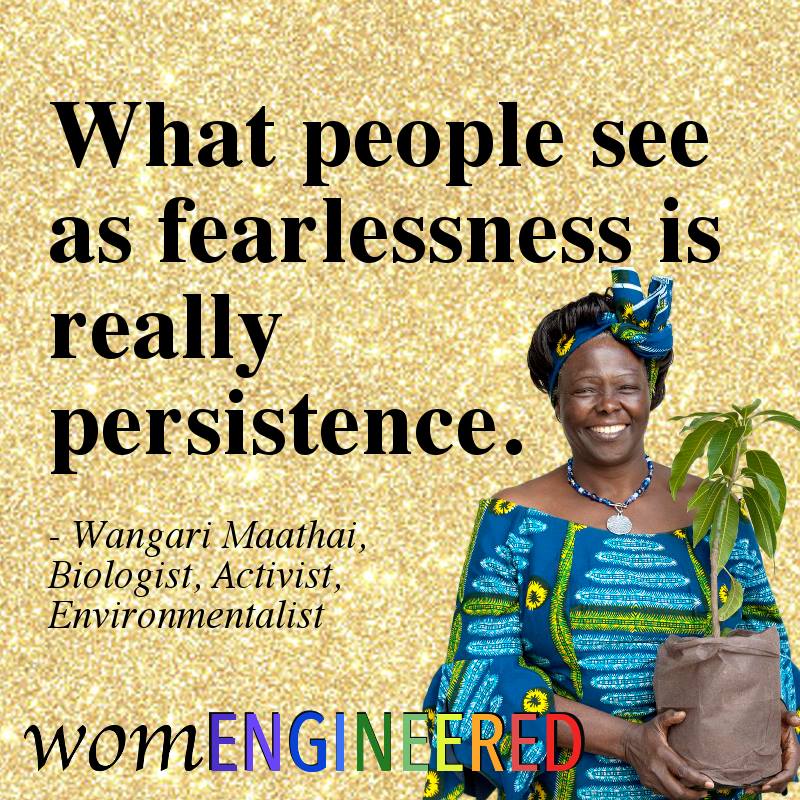 Wangari Maathai became the first woman in either East or Central Africa to earn a doctorate in 1971, and won the Nobel Peace Prize for her “holistic approach to sustainable development that embraces democracy, human rights, and women’s rights in particular.” Wangari’s family sent her to school when she was young, which was uncommon at the time for girls. After wining a scholarship to attend college in the U.S., Wangari studied biology and earned both her bachelor’s and master’s degrees. Wangari then returned to Kenya to study veterinary anatomy.

🌱
Wangari wanted to address the destruction of Kenyan forests and lands to save the environment of her home, which led her to begin the The Green Belt Movement. At the time, Wangari also saw that women were in desperate need of income and thus her project not only provided women with jobs but had them put these skills to use repopulating the forests.

🌱
Wangari’s environmental movement soon turned political, and Wangari was a strong advocate for human rights. Wangari’s work highlighting sustainable development, attending to the needs of one’s people, and the use of science to help the environment and society have left an impact.