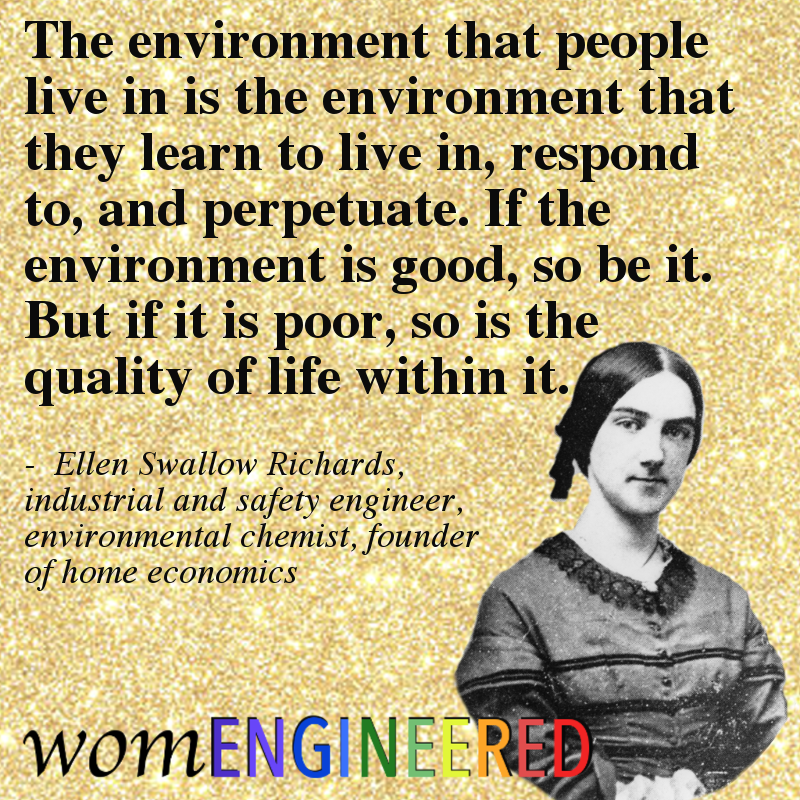 🔬
Ellen Swallow Richards was an American chemist and the founder of the home economics movement in the United States. Ellen earned her A.B. from Vassar College in 1870 before becoming the first woman admitted to the Massachusetts Institute of Technology in 1873, where she earned her B.S and remained for two years of graduate studies. In 1876, Ellen convinced the Women’s Education Association of Boston to contribute funds for the opening of a woman’s lab at MIT, where she served as assistant direcot and encouraged women to enter science and provided scientific training opportunities to interested women.