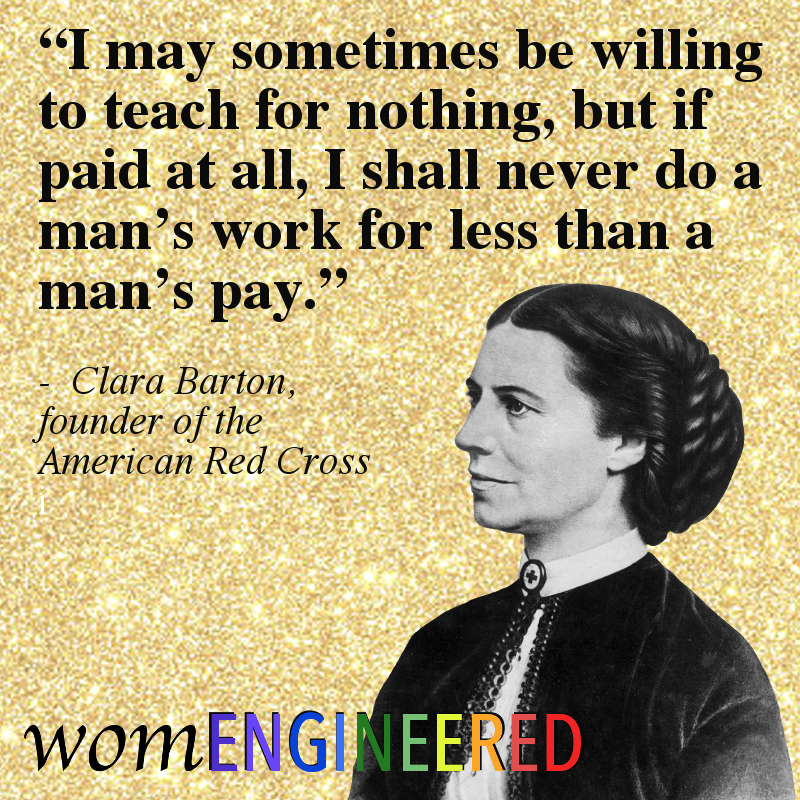 Happy #NationalNursesDay, with a look at Clara Barton, founder of the American Red Cross.

Clara Barton was passionate about helping others and spent most of her life in public service. Although through her career she struggled with gender discrimination, even being replaced by a man with less experience as the principal of a school she herself founded using her own resources. Later, Clara lost her job at the U.S. Patent Office because she was a woman.

Nicknamed the “Angel of the Battlefield” for her work in the Civil War, Clara served as a nurse after wanting to do more than collect and distribute supplies for the Union Army. Clara was present at many major battles, caring for wounded soldiers. After the war ended, Clara worked for the War Department to reunite missing soldiers or to help families find out more about those who were missing. It was while visiting Europe that Clara worked with the International Red Cross during the Franco-Prussian War. After returning to the US, Clara lobbied for the foundation of the American Red Cross Society in 1881.