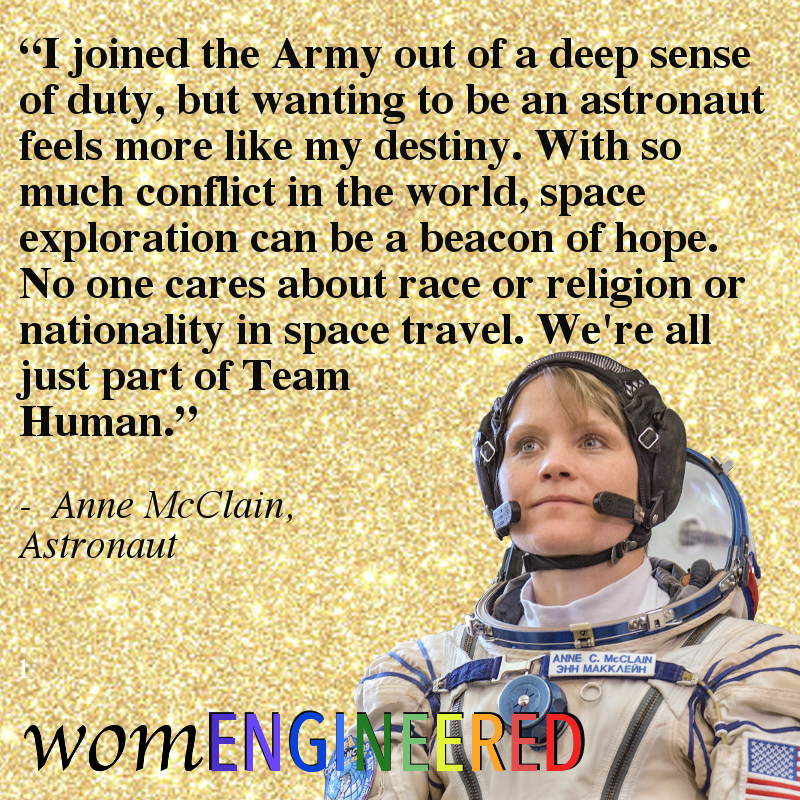 June is Pride month, and an opportunity to highlight the LGBTQ+ members of the STEM community.⠀

Anne McClain is a lieutenant colonel in the U.S. Army, engineer, and a NASA astronaut. She is the Flight Engineer for Expedition 58/59 to the International Space Station. Anne earned her Bachelor of Science in Mechanical/Aeronautical Engineering from West Point and her Master of Science in Aerospace Engineering from the University of Bath and her Master of Science in International Relations from the University of Bristol. Anne was a 2002 Marshall Scholar. Anne was supposed to take part in the first all-female NASA spacewalk until it was cancelled due to a lack of spacesuits available to women.