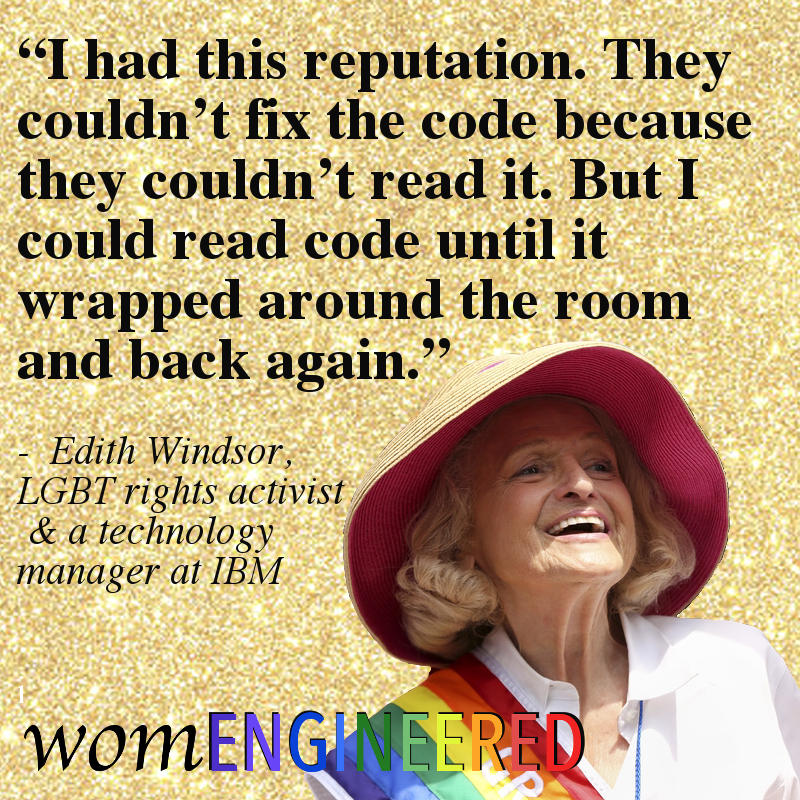 June is Pride month, and an opportunity to highlight the LGBTQ+ members of the STEM community.⠀

Edith Windsor grew up in a Russian Jewish immigrant family in Pennsylvania. Edie’s family suffered during the Great Depression and she experienced anti-Semitism in school. Edie earned her bachelors degree from Temple University and went on to her her master’s degree in mathematics from New York University, where she entered data into the math department’s UNIVAC and worked as a programmer at Combustion engineering, Inc.. Edie then began working at IBM, during which time she studied applied mathematics at Harvard on an IBM fellowship. Edie was known during her time at IBM for her debugging skills. However, IBM rejected her insurance form naming her partner Thea Spyer as a beneficiary.

In 1975, Edie left IBM and became the founding president of PC classics, a consulting firm. Edie helped many LGBTQ organizations computerize their mail systems. Edie and Spyer were active in LGBT marches and events.

In 2013, Edie’s lawsuit against the federal government, United States v. Windsor, determined it was unconstitutional for the Defense of Marriage Act (DOMA) to treat legally married same-sex couples differently.