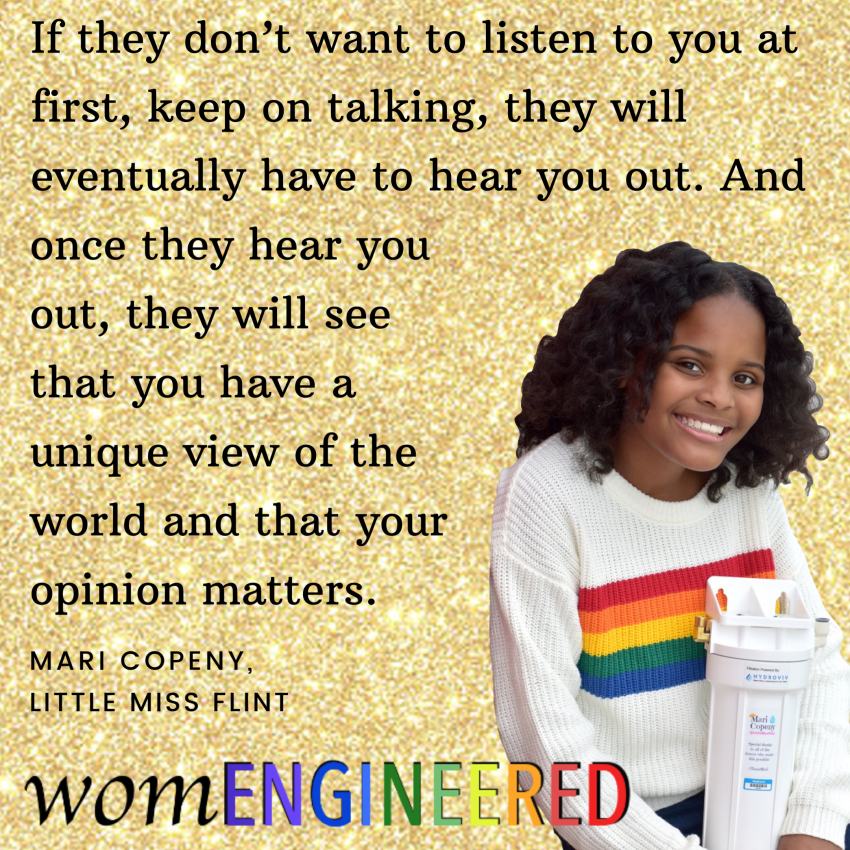 🌎
Mari Copeny is a 12-year-old activist, known as Little Miss Flint, who has been fighting for her hometown of Flint, Michigan since the city’s 2014 water crisis. The Flint water crisis is a public health crisis, which began in when the city switched its drinking water supply to save money but inadequate treatment and testing caused elevated blood lead levels in children and had tremendous health impacts on residents. This environmental injustice was allowed because of systemic racism. Mari wrote a letter to President Obama, asking him to meet with her about the water crisis when she was only 8. Although her activism began out of the Flint Water Crisis and she continues to advocate for clean drinking water in communities like her own, Mari has continued being vocal for her community and founded the Dear Flint Kids Project.
🌎
If you couldn’t tell, I admire Little Miss Flint tremendously! She is brave, she is determined, she is an environmental hero!