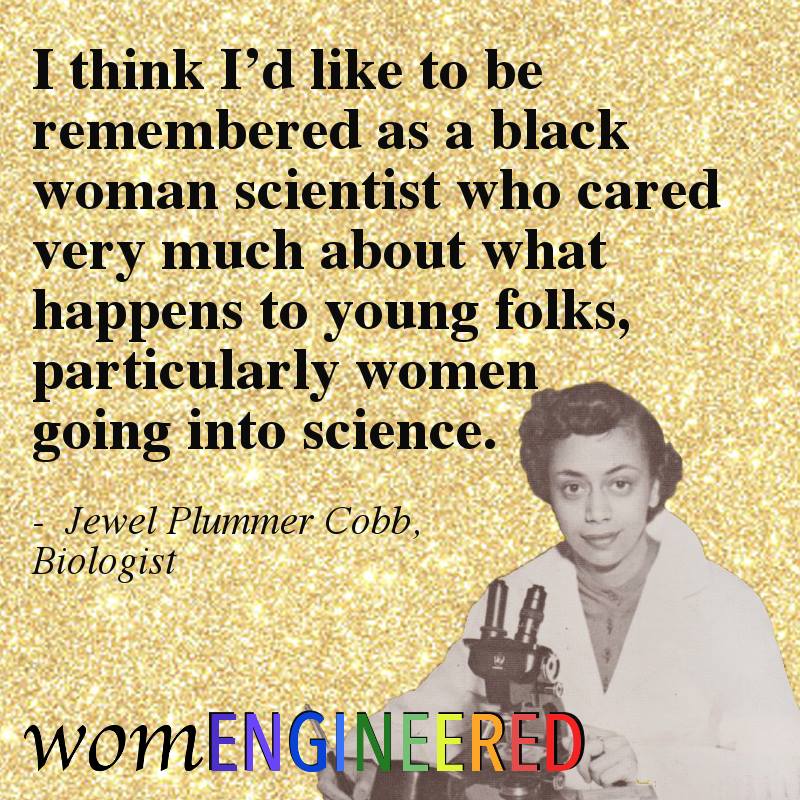 🔬
Dr. Jewel Plummer Cobb was a biologist and educator who fought for the rights of women and minorities in science. In high school, Jewel read her father’s physician textbooks and discovered her interest in biology. Although Jewel was denied initially for a graduate school fellowship at New York University because she was black, she visited campus and met with the biology faculty to make her case and was given an opportunity to enroll.
🔬
Jewel’s research included the various types of skin cancer, and she developed a treatment for slowing the growth and isolating cells that is still used in chemotherapy treatments today. Jewell went on to serve as the dean of Connecticut College before serving as a biology professor and dean at Rutgers University’s all-women Douglass College. In 1979, Jewel was considered for president of New York’s Hunter College and would have been the first black president but the position was instead given to a less-qualified, male professor. After this, Jewel moved to work at California State University, Fullerton in hopes of becoming the first black woman president. Throughout her career there, she emphasized the importance of diversity, even when it made her unpopular amongst her colleagues at times.
🔬
Stay tuned for more strong role models for #BlackHistoryMonth