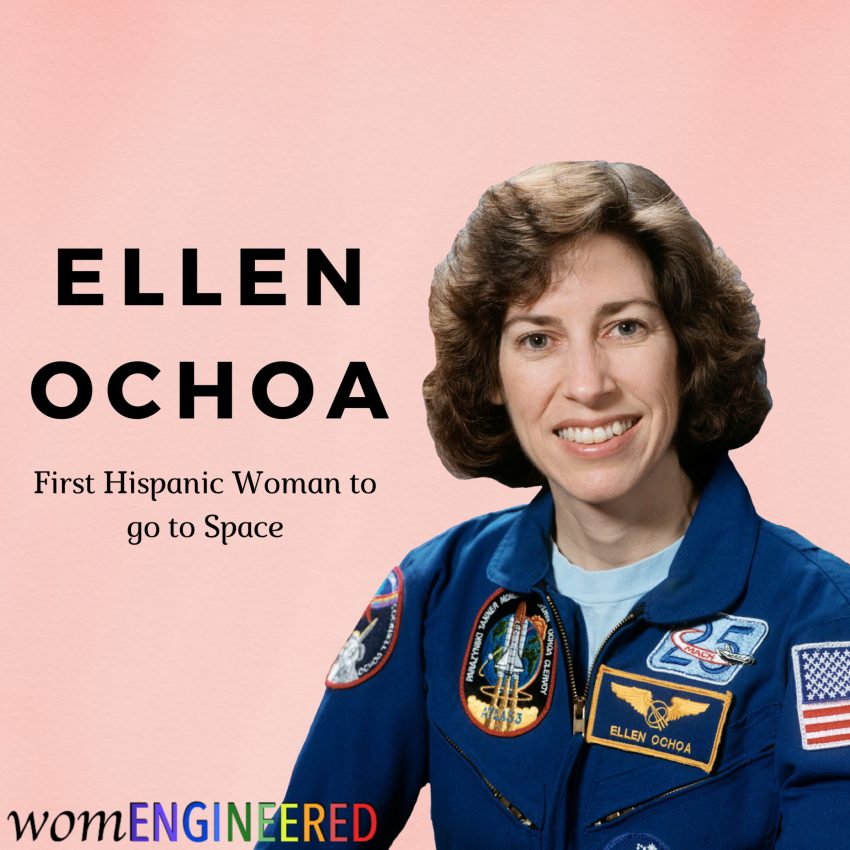 Ellen Ochoa is an American engineer and former astronaut. Ellen became the first Hispanic woman to go to space when she spent 9 days aboard the Space Shuttle Discovery. Ellen was also the first Hispanic and second female director of the Johnson Space Center.
🚀
Ellen earned her bachelor of science in physics from San Diego State University, where she graduated Phi Beta Kappa, before receiver her masters of science and doctorate in Electrical Engineering from Stanford.