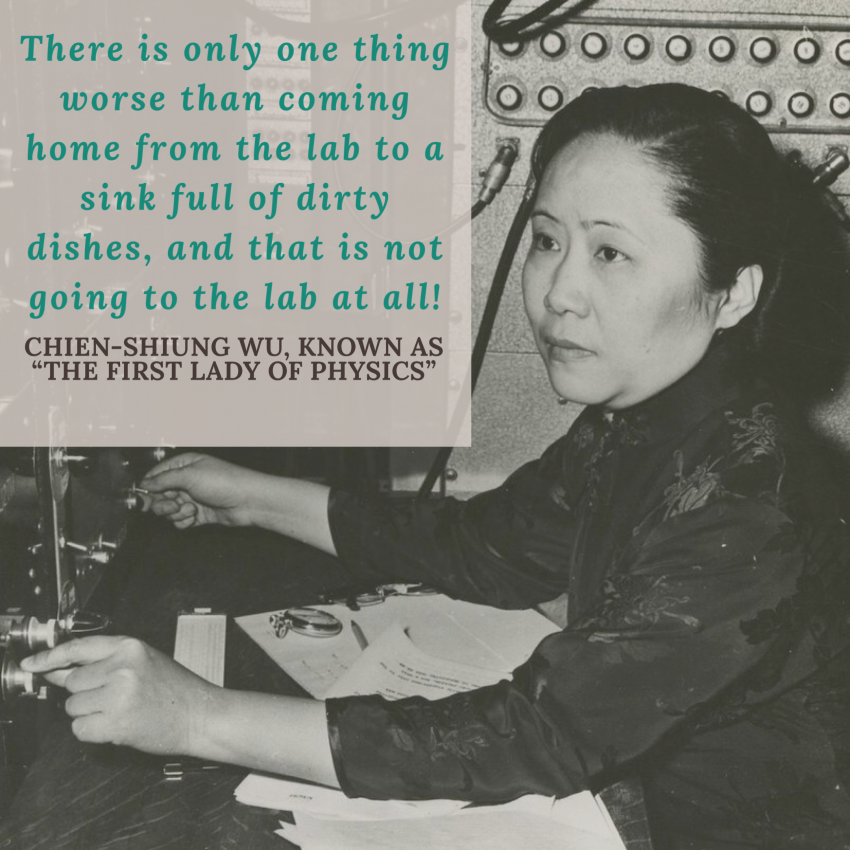 🔬
Chien-Shiung Wu was a Chinese-American physicist who provided the first experimental proof that parity is not conserved in weak subatomic interactions of nuclear beta decay.
🔬
Chien-Shiung earned her Ph.D. at the University of California Berkeley, where she completed her graduate work on uranium fission products. After marrying, she moved with her husband to the East Coast and began working at Smith College. She later accepted an offer at Princeton University, where her husband had been working, and became the first female instructor ever hired to join the faculty there. In 1944, Chien-Shiung joined the Manhattan Project at Columbia University to help Enrico Fermi.
🔬
Chien-Shiung was instrumental in physics research during her career but because she was a women, she was often not credited and was even excluded from the Nobel Prize Nomination for her work using Cobalt-60 in 1957.