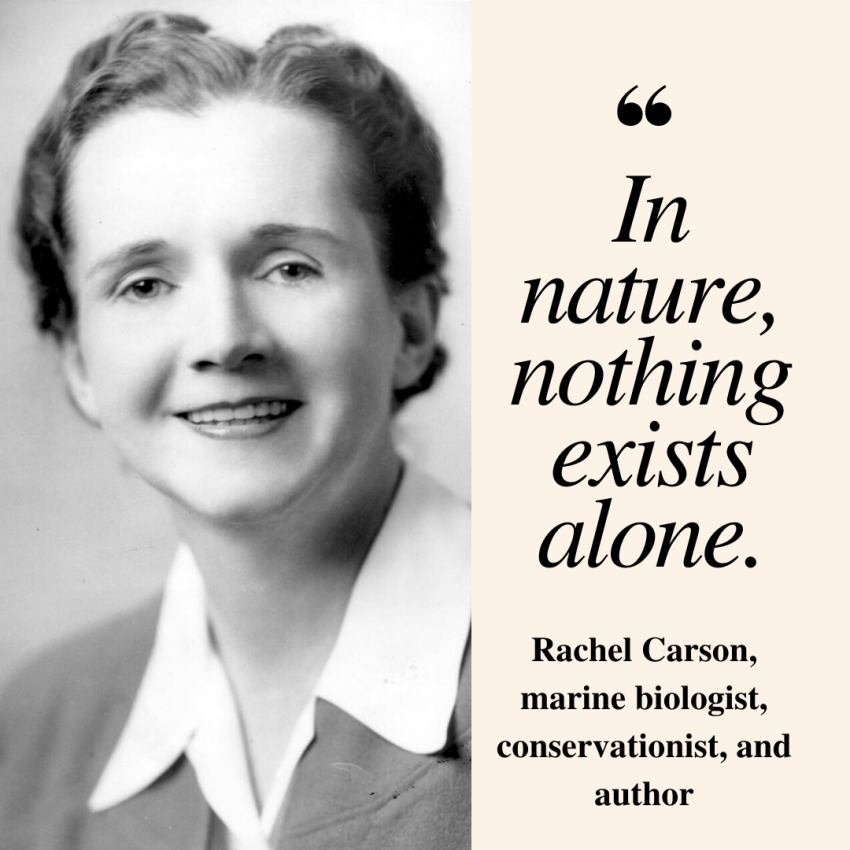 🌱
Rachel Carson was an American marine biologist, conservationist, and author who wrote Silent Spring and other works on environmental pollution that advanced the global environmental movement.
🌱
Rachel always had a passion and respect for nature. After attending Pennsylvania College for Women, Rachel changed her major from English to biology. She went on to do her masters at Johns Hopkins University before teaching at the University of Maryland. Rachel pursued postgraduate studies at the Marine Biological Laboratory in Woods Hole, Massachusetts. She became an aquatic biologist with the U.S. Bureau of Fisheries (now known as the U.S. Fish and Wildlife Service).
🌱
While it was not her first award-winning, best selling book, Rachel is known for her work ‘Silent Spring’. Silent Spring raised worldwide awareness of the dangers of environmental pollution, even when she was threatened with lawsuits from the chemical industry that she was exposing when she wrote about the environmental impact of fertilizers and pesticides.