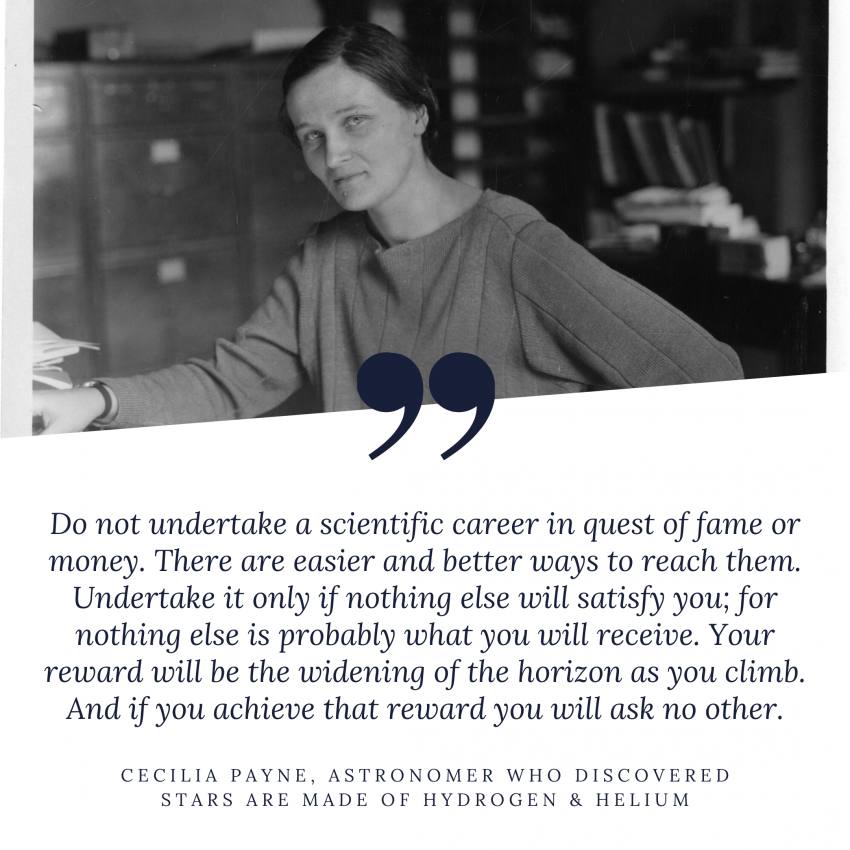 🔬✨
Cecilia Payne was the first person to earn a doctorate in astronomy from Harvard University and later became the first woman to serve as the Chair of the Department of Astronomy, the first woman to every hold the position of the head of a department! Payne’s doctoral thesis studied what stars are made of, a groundbreaking discovery at the time.
🔬✨
Cecilia discovered that stars are made up of hydrogen and helium, the two lightest chemical elements. Nobody believed her at first, but soon Cecilia work became the common belief amongst scientists.