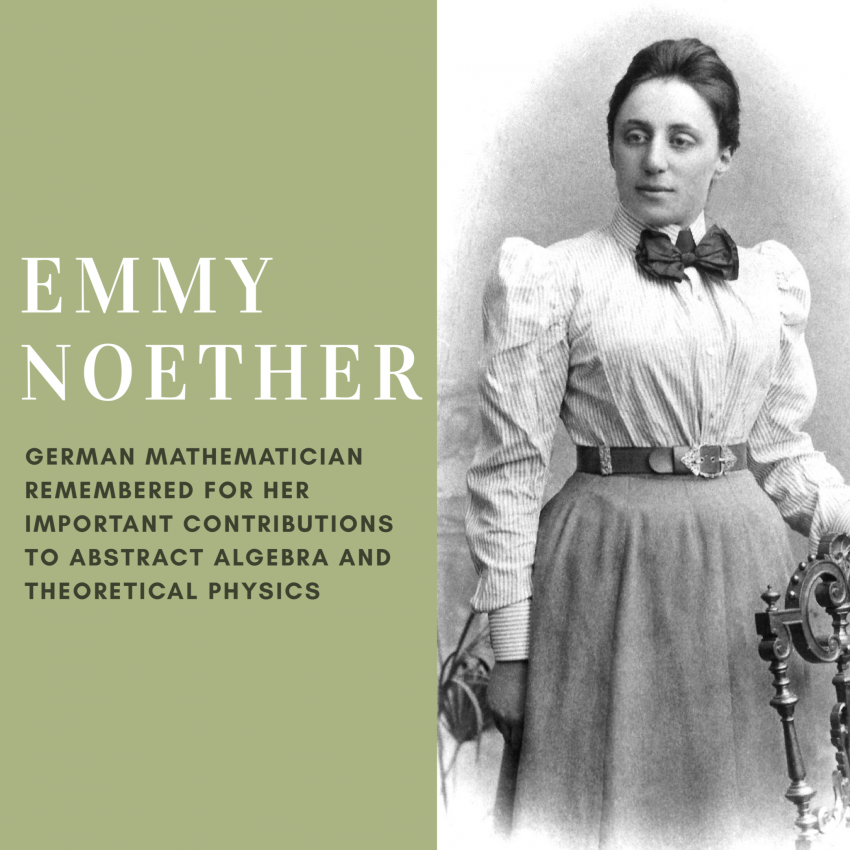 🔬
Emmy Noether was a mathematician who devised a mathematical principle, Noether’s theorem, that became a foundation for quantum physics. Emmy’s calculations were used by Albert Einstein as he formulated his general theory of relativity.
🔬
When the Nazis took control, Emmy was forced to leave Germany and she moved to the United States to become a guest lecturer at Bryn Mawr College. Emmy published over 40 papers during her career, and inspired many students over her tenure as a mathematics professor.