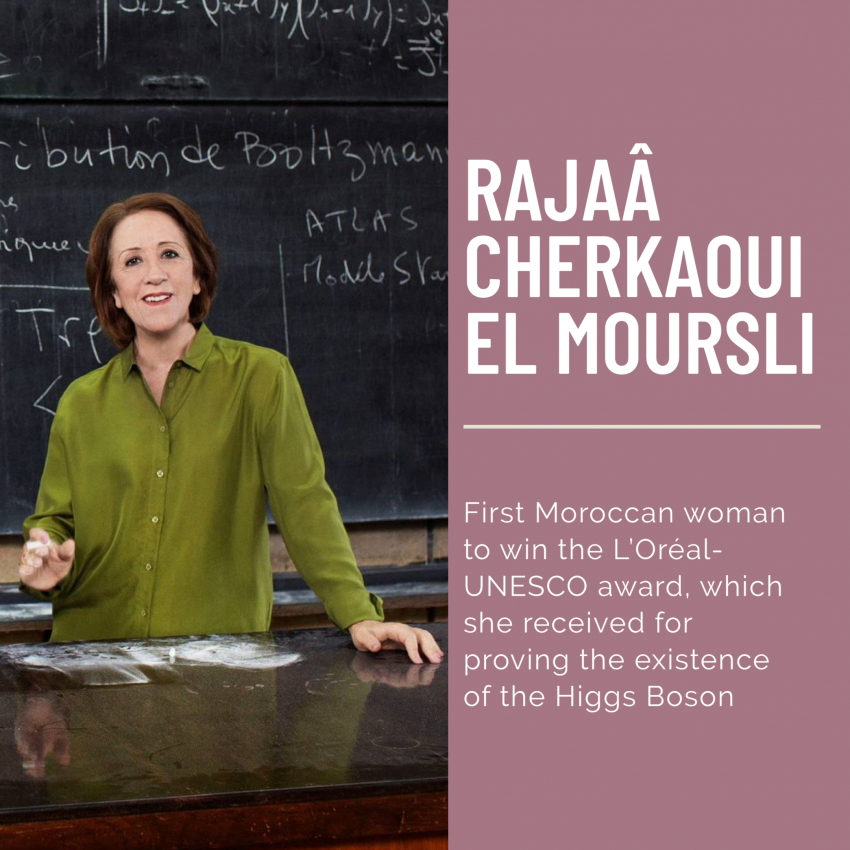 🔬
Rajaâ is a Moroccan Professor of nuclear physics. Inspired by Neil Armstrong’s achievements, Rajaâ had to convince her father to let her leave conservative Morocco after she earned her first degree in mathematics to continue her studies. She went to study in Grenoble in France for her doctorate in physics. She returned to Morocco to lead a research team for the ATLAS experiment at CERN.
🔬
In 2015, Rajaâ won the L’Oréal-UNESCO Awards for Women in Science for her work on the Higgs Boson. Rajaâ helped prove the existence of the Higgs Boson, which is the particle responsible for the creation of mass! Rajaâ hopes that her winning this award will help encourage more women to study science.