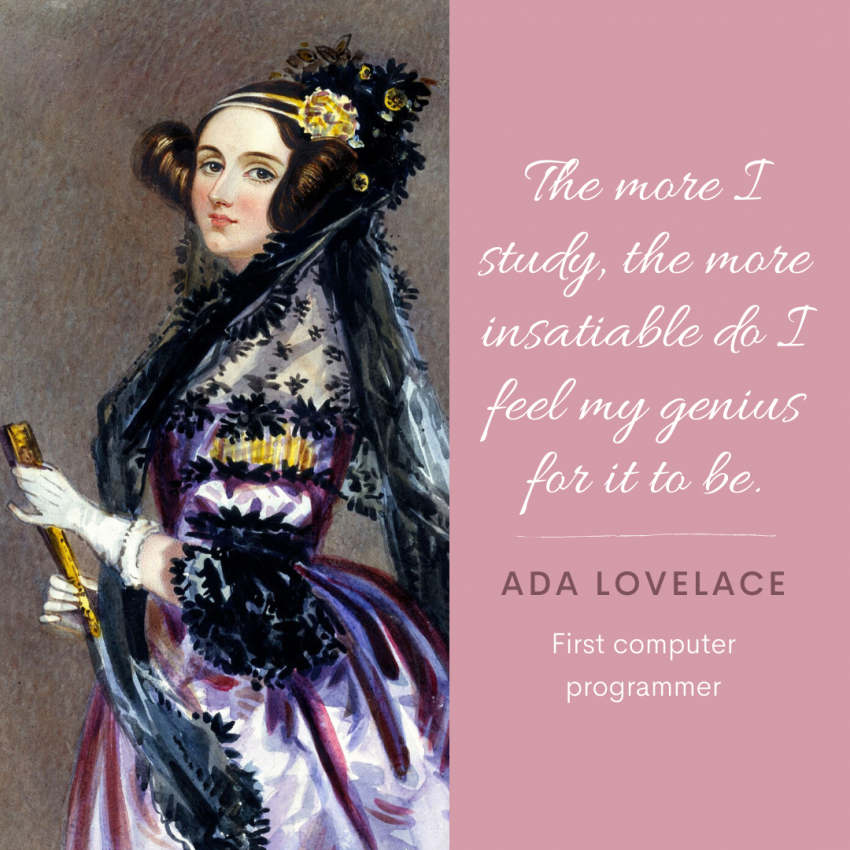 ⚙️
Ada Lovelace was an English mathematician who has been called the first computer programmer for writing an algorithm for a computing machine in the 1800s. Ada’s contributions to computer science were not recognized for a century but she has since earned many honors for her work. Ada learned math and science from an early age, and she enjoyed integrating poetry and science.