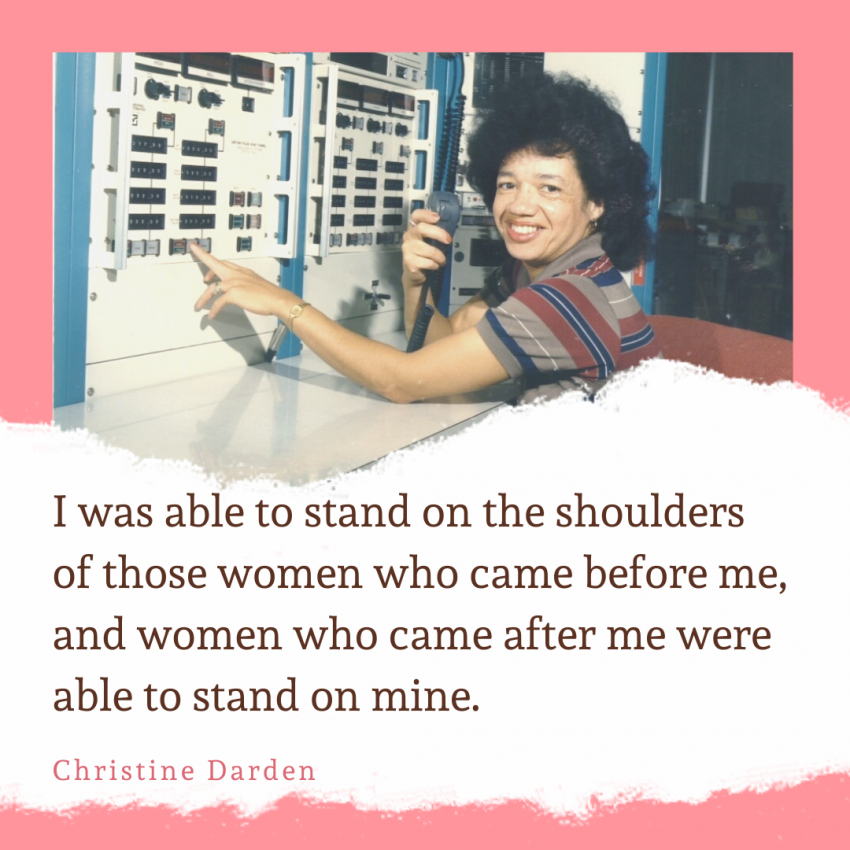 Christine Darden is an aerospace engineer and mathematician who started out as a high school mathematics instructor before going on to become a data analyst for NASA – National Aeronautics and Space Administration. After being promoted to aerospace engineer in 1973, Christine was appointed as the technical leader of NASA’s Sonic Boom Group and developed the sonic boom research program internally at NASA.