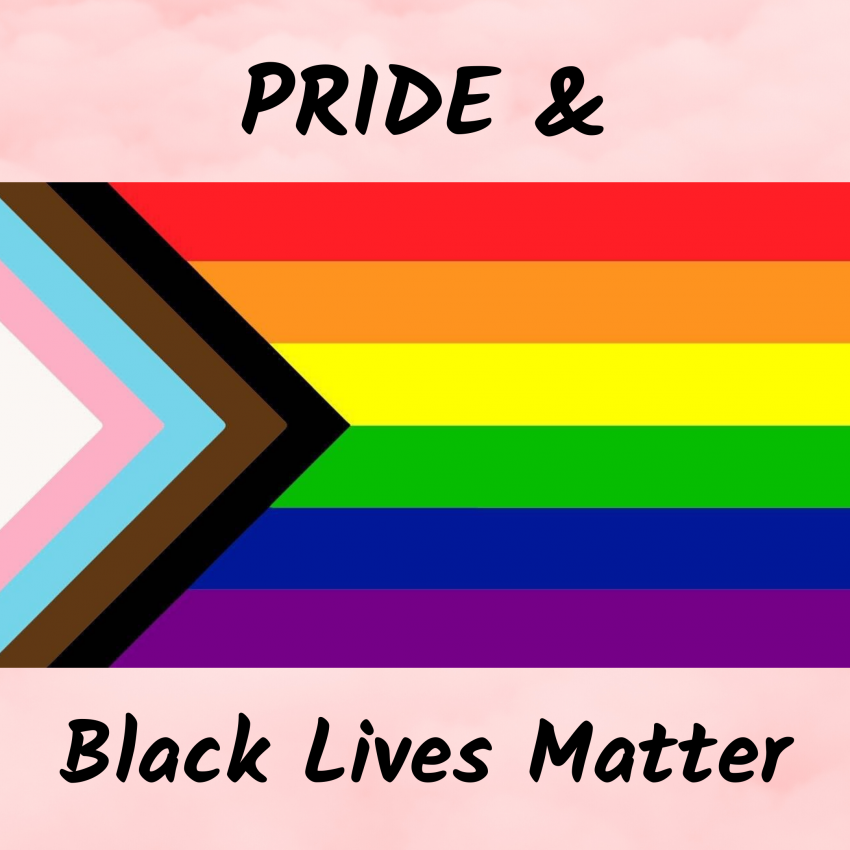 This June is the 50th anniversary of PRIDE traditions. Did you know that PRIDE started as a riot? Did you know that we have Black trans women to thank for leading the movement for LGBTQ rights?
✊🏿✊🏾✊🏽✊🏼✊🏻🏳️‍🌈
In June of 1969, the Stonewall Riots erupted to combat police brutality against the LGBTQ community. In June of 2020, we are still combatting police brutality.
✊🏿✊🏾✊🏽✊🏼✊🏻🏳️‍🌈
The movement for LGBTQ rights began with Stonewall, which was only possible because of Black trans women rising up against the systems attacking them. One of the notable figures of Stonewall and the LGBTQ rights movement was Marsha P. Johnson, a Black trans woman.
✊🏿✊🏾✊🏽✊🏼✊🏻🏳️‍🌈
We cannot celebrate PRIDE without acknowledging the role of Black and trans people in the LGBTQ movement. If your activism and PRIDE isn’t intersectional and fully embracing, supporting, and advocating for Black lives, it isn’t doing anything right now.
✊🏿✊🏾✊🏽✊🏼✊🏻🏳️‍🌈
We cannot fight for LGBTQ rights without supporting Black people. We cannot fight for environmentalism without supporting Black people. We cannot fight for feminism without supporting Black people. Right now that support can come in many forms – check out the link in the bio for more information on what roles you can have in the movement.
✊🏿✊🏾✊🏽✊🏼✊🏻🏳️‍🌈
As we all saw with #shutdownstem , there’s still a lot of work to be done in STEM and academia for racial justice. STEM is not immune to racism and it can often reinforce it.
✊🏿✊🏾✊🏽✊🏼✊🏻🏳️‍🌈
This flag was designed by artist Daniel Quasar in 2018 to include diversity with black and brown stripes, as well as incorporating the trans flag.
✊🏿✊🏾✊🏽✊🏼✊🏻