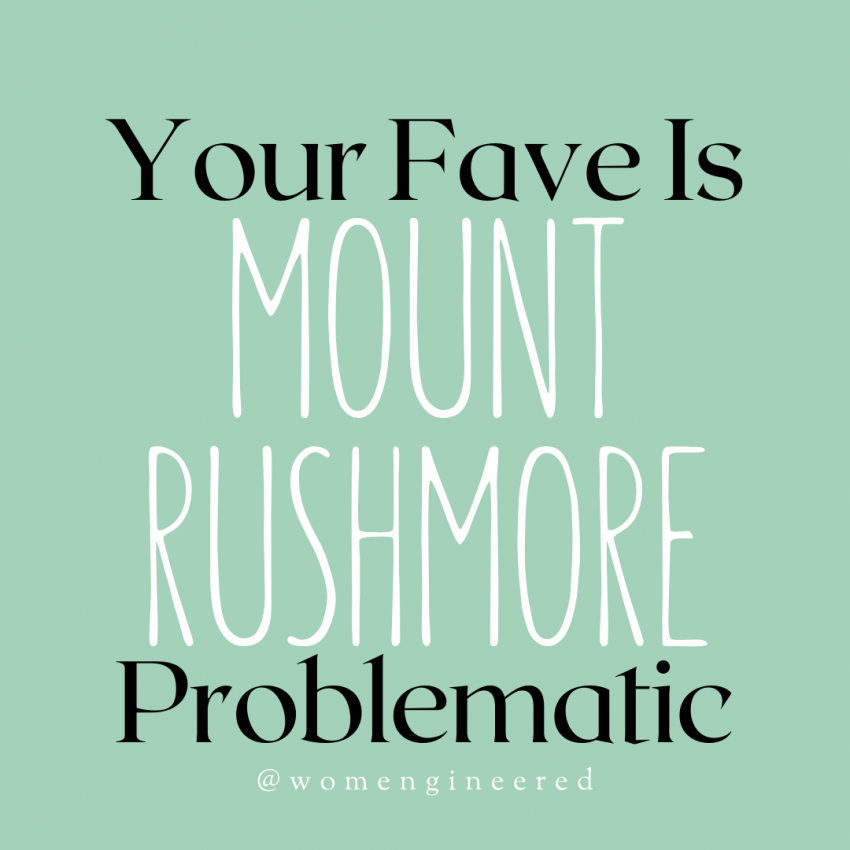 Where is Mt. Rushmore Located?

The Sioux territory, including the Black Hills, were to remain with the Native Americans who occupied it before white settlers arrived. However, gold was found in the mountains. Once prospectors began to arrive, the U.S. government reversed the Treaty of 1868 and forced the Sioux to give up the Black Hills area of their reservation.

As Native Americans resisted assimilation and being forced off their land, the federal government turned to more aggressive methods – war and genocide.

Many of the battles against Native Americans came to be glorified by the US government, when the reality was that the Battle of Wounded Knee was actual a massacre where hundreds of unarmed Sioux men, women, and children were slaughtered. In 1973, after the history of the 1890 Battle of Wounded Knee became a topic of discussion, American Indian Movement (A.I.M.) activists occupied the site in 1973. Again, the US government turned to aggressive methods and a standoff between the activists and the FBI left 2 Native Americans dead.

Why are the Black Hills carved at all?

The faces of Mount Rushmore did not appear until the 1920s. Gutzon Borglum believed that the monument should reflect US presidents rather than Native Americans and pioneers of the West where it is located.

The sculptor of Mount Rushmore, Gutzon Borglum, had ties to white supremacy. Borglum was approached for the massive monument to the Confederacy on Stone Mountain and quickly accepted the offer to create a tribute. He drew up a proposal to feature what he considered the great men of the confederacy, which soon found a huge source of funding from the resurgence of the Ku Klux Klan. Borglum attended Klan rallies, served on Klan committees, and was involved in the Klan politics.

In its biography of Borglum, the National Parks Service (NPS) makes no mention of his ties to the Ku Klux Klan.

Who is shown on Mt. Rushmore?

All four of the presidents chosen to appear on Mt. Rushmore have been viewed as racists by Native Americans and enacted policies that harmed the Native American people. The four white men staring down from the sacred Black Hills are a reminder of the US government’s insistence on removing Native Americans from their lands.

George Washington was the first president of the United States and known as the “father of our country,” but this land belonged to Native Americans long before the colonies earned their independence from Great Britain.

While we remember George Washington as the “father of our country,” he was known to the Iroquois as Conotocarious – “Town Destroyer”. In retaliation for the cooperation of some tribes in supporting Britain during the Revolutionary War, the US deemed Native Americans did not deserve to keep their land and were traitors. When the US sent commissioners to buy Seneca land, the tribe did not accept their request to relinquish their land. However, the US said that they were given the land by Britain when they won independence. Although the Native Americans had never sold their land or made any agreements to give up their homes, the United States and British governments did not respect this.

Thomas Jefferson believed Native Americans were inferior to white people but that they could change their “savage” ways and become “civilized” through assimilation. Through Jefferson’s actions to push the US boundaries west with the Louisiana Purchase, he also was advocating for the relocation of the Native Americans already occupying these lands. Although Jefferson himself did not pen the Indian Removal Act of 1830 (that was Andrew Jackson, who was plenty problematic and certainly not a fave), he did provide justification for removing Native Americans from their land rather than resorting to assimilation or genocide.

When Lincoln signed the Homestead Act in 1862, this led the way for the country to force Native Americans off of the land they lived on and onto reservations in order to provide more land to settlers.

Roosevelt is quoted saying “I don’t go so far as to think that the only good Indian is the dead Indian, but I believe nine out of every ten are, and I shouldn’t like to inquire too closely into the case of the tenth.”

Touched on previously, the United States Geological Survey (USGS) has shown that fireworks displays over Mt. Rushmore have led to water contamination. However, in response, the United States Environmental Protection Agency (US EPA) actually reversed regulations on fireworks concerning perchlorate in drinking water on June 18, 2020.

President Trump has pushed for the return of fireworks over Mt. Rushmore, after previously being banned due to concerns about pollution and wildfires, in 2020. Trump also used this as an opportunity to deliver a divisive speech on the state of the country, including deriding the removal of monuments even as he stood in front of a monument carved into the sacred Black Hills on stolen Native American land.

As we begin discussing the place of monuments, statues, and art depicting racist historical figures and events, we cannot limit this to “local attractions” or isolated incidents. We have to evaluate how our own national monuments have their own dark history and determine how to move forward. Mt. Rushmore will continue to exist carved into the Black Hills on stolen Native American Land.

In 2012, United Nations (UN) Special Rapporteur on the Rights of Indigenous Peoples James Anaya recommended the United States return land previously owned by various tribes. Many have called for the US government to return the Black Hills of South Dakota, including Mt. Rushmore, to the Lakota Sioux people it was taken from.

What We Can Do

Donate to organizations protecting Native Americans an their land/culture