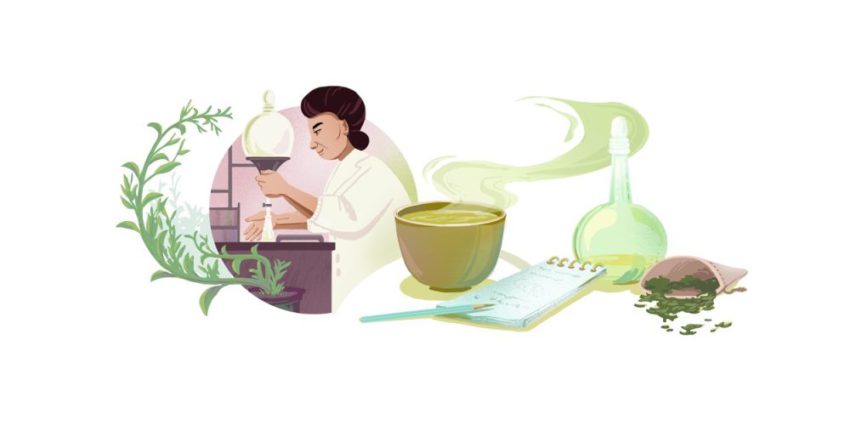 Michiyo Tsujimura, a Japanese agricultural scientist and biochemist known for her green tea research, is honored in today’s Google Doodle.

Michiyo Tsujimura was the first woman in Japan to receive a doctoral degree in agriculture. While attending Tokyo Women’s Higher Normal School, she was taught by biologist Kono Yasui – the first Japanese woman to receive a doctoral degree in science. It was Kono Yasui who inspired Michiyo Tsujimura to pursue scientific research.

In 1920, she began her career in research as a laboratory assistant at Hokkaido Imperial University researching silkworm nutrition. However, she was unpaid because the university did not accept female students. She went on to research nutritional chemistry after transferring to RIKEN, a large scientific research institute in Japan.

In 1924, Michiyo Tsujimura and her colleague Seitaro Miura discovered vitamin C in green tea. Their discovery led to an increase in green tea exports to North America. She isolated the flavonoid catechin and tannin, ingredients that make tea bitter. This was the foundation of her thesis, “On the Chemical Components of Green Tea.” In 1935 she patented her extraction method of vitamin C crystals. In 1956, she was awarded the Japan Prize of Agricultural Science for her research.